One holon can be described as a single part of a complex system that has its own individuality, but that is also an integrated part of a higher order system.

The holon is made up by other sub-systems, which usually are holons too. For example, every human being is an entity, an individual belonging to a social community. In turn, the human being is made up of one cell set, each cell individually different from the others, which are holons in turn.
Individualism and being part of a higher order system are opposite forces that need to find a balance in order to make the system survive. The concepts of balance and equilibrium recall the Tao philosophy of the balance between yin and yang.

Like holons, the framework’s components are autonomous, self-reliant units that possess a degree of independence and a well-defined purpose but nonetheless they are intermediate forms, providing a context for the proper functionality for the larger whole.

Genesis of the Symbol

A step-by-step process that has led us to the creation of a colorful, contemporary and powerful symbol.

To be more visual as possible, a holon can be compared to a fractal, and that’s exactly form one of the most famous fractal, the Sierpinski triangle, that our symbol originated.

Starting from the Sierpinski triangle and recalling the Tao symbol, the H of Holon has been obtained with two opposite triangles, subdivided recursively into smaller equilateral triangles, shaping together another bigger triangle.

We have overlapped the concepts of Fractals and Tao philosophy, generating forms, creating a system of shapes and a new visual language.

The original, brand new Holon symbol and corporate identity uses contrasting colours.
The first tone, used to “enliven” the Holon stylized H, is a gradient, with warm shades going from pink to purple.
The second colour is a RGB blue/green that perfectly matches with Holon gradient and highlights the background fractal/triangle.
A touch of black helps to make the symbol shape look strong. 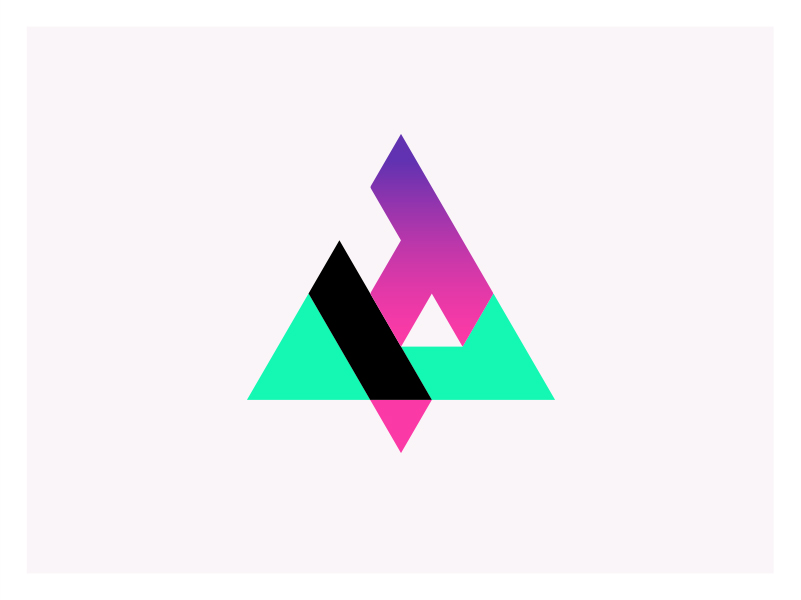